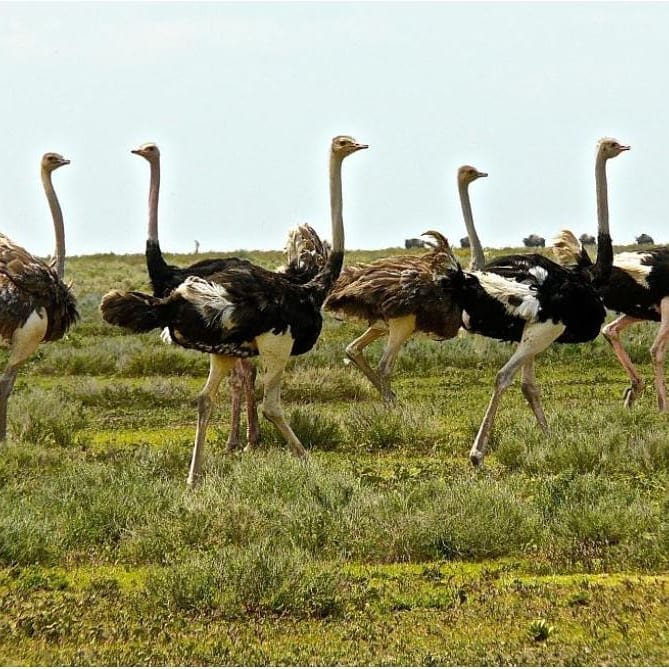 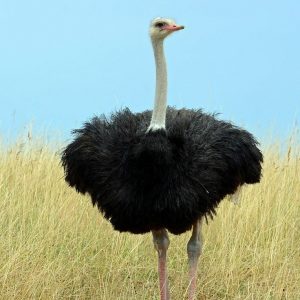 Did you know?
1. Known as world’s largest bird, the flightless common ostrich roams the African savannah and desert lands, sometimes in herds. Ostriches get most of their water from the plants they eat although they are omnivores. As the tallest birds, they stand at a height of over 6 feet and have been known to reach up to 9 feet, a height close to humans.
2. Being flightless is compensated with strength and speed while running on land where they have been recorded to sprint up to 43 miles an hour covering a distance of over 31 miles. Their wings serve as “rudders” helping them to change direction while running with their powerful long legs covering 10 to 16 feet in a single stride.
3. Apart from running, ostrich legs also serve as formidable weapons with powerful kicks being fatal and can kill a human or any potential predator like a lion. Each of their two-toed foot has a long, sharp claw that pierces through flesh. Though typically eaters of plants, roots, and seeds, they also enjoy insects like aunts; lizards among other smaller creatures.
4. Living in small groups called herds numbering less than a dozen birds, ostriches have Alpha males responsible for maintaining the herds and mating with the dominant hen. The Alpha male occasionally mates with other hens in the herd, though roving males mate with lesser hens too. All of the herd’s eggs are kept in the dominant hen’s nest from where the dominant hen and male take turns incubating them.

5. Contrary to popular belief, ostriches do not actually bury their heads in the sand. Their defensive behavior after encountering trouble makes them to lie low while pressing their long necks to the ground. In attempting to appear less visible, their plumage camouflages with sandy soil to giving the impression to a distant observer of burying their heads in the sand.
Source and Photo credits: Darlene Perry and National Geographic.
A contribution from Birders Lens, compiled by Shafiq WEST KHADIN.
Categories: Birding Travelbirder lensbirdsdid you knowostrich

Support Kiirya
× CHAT WITH US